This piece is the second part of a three-part series on search engine optimization (SEO). The first part of this series was on local SEO (a.k.a. “search”), and the next and final part will focus on content marketing – which, alongside conversational marketing (which is really built into good content development anyway), is a major part of any search efforts.

SEO of various types is one of a number of different solutions we offer for website owners and administrators at Superb Internet – alongside hosting, co-location, etc. We offer it because often the people that run websites need help either attaining or sustaining high rankings on Google, Bing, Yandex, et al.

Furthermore, since search and “social” (a.k.a. social media optimization or SMO) are being integrated by Google – via incorporation of its social platform Google+ – businesses will no longer be able to rely simply on one or the other of those elements. Instead, Internet presence will rise or fall based on the success of both of them.

Simply put, the Web is evolving. There is much debate online about what phase of the Internet we are currently operating within. As social sharing became a more prominent aspect of the Internet, the notion of Web 2.0 took hold. There is a good argument that as we transition into stronger interconnection between search and social, and as page rank starts to slip away in favor of author rank (led by Google Author tags identifying individual people responsible for online content), Web 3.0 will be born.

Let’s talk a little bit about how to handle international SEO efforts, taking a look at the other end of the spectrum from the local approach. Many of the same principles apply of course, but different strategies will be helpful if you’re looking for more of a worldwide presence. Keep in mind: English only represents 25% of the Web, and users in non-English countries have higher degrees of trust for content written in their own languages.

In addition to discussing our main topic, I will also continue (from Part 1 of this series) to provide valuable non-traditional ways in which you can pull in the attention of visitors when they first arrive at your site. Here is the third of those Attention Grabbers; then we will get into the international strategies:

One thing I’ve found that people always like to see on a website, right when they first arrive, is a six-hour video of top executives of the website pocketing small objects from various convenience stores, pharmacies, and historical museum gift shops. Here are a few important things to include when creating this type of video:

Below are a number of techniques you can use to develop and refine the way that you target international markets. In some ways this is no more complicated than efforts to gain prominence for local searches; however, there are more and less intelligent ways to go about it.

It is always good to let visitors to your site know that they can always come back for valuable information, such as exactly how much time is left on the Web before Internet Armageddon (IA or Y3K) arrives (in the year 3000) and decimates all websites on the planet. Here are several factors to consider when creating and implementing your timer:

Finally, here are 2 pieces of advice on what NOT to do so you’re less likely to repeat mistakes other businesses have made when attempting to gain international traction.

In review, there are a number of tested and dependable tactics that can help you succeed in international SEO campaigns. First, understand your competition, and consider the culture and language you are targeting. Build a system of domains and backlinks that are specific to each nation or geographic area you are entering. Speak the language well, use the most popular search engines for the specific country, and build your worldwide marketing efforts into your business as a whole.

Finally, don’t make errors in judgment that could be costly and frustrating. Make sure you don’t hire someone just based on their cultural familiarity or language skills; rather, focus on search engine expertise. Also, don’t oversimplify your approach to countries where multiple languages are spoken.

WordPress is a great platform for managing content, but what if you have a specific idea of functionality other than just information that you want your website to serve? As an example, your idea is to turn your website into the goto community for people comparing their progress or milestone data. You are now extending your content management platform in several aspects.

WordPress has several plugins that you can adapt to work together to create these kind of Web 2.0 features. An example of the type of interactivity would be creating a booking calendar that reserves consultation time, and also confirms with an automated email to you and your new lead.

At some point you may find that generic plugins just don’t work well enough to tailor to your exact needs or those of your client. You’ve probably found work-arounds with different plugins that give you what you need but sacrifice the upgradabilty of the WordPress platform due to odd Javascript conflicts. I’ve also found when you’ve added so many plugins, the back-end of the website can start to get heavy and clunky to operate. Today I’m going to take a look at the best recent insights into tinkering with your own hosted WordPress plugin development.

Starting with a tutorial series with 1st Web Designer:

In the first part of our WordPress Plugin Development Course for Designers we learned about the importance of WordPress plugins for designers and its base structure. Today we are going to talk about the core WordPress functions…

I included part 2 of the series because it gets into the nitty gritty of the coding and is far easier to follow than the wordpress codex. 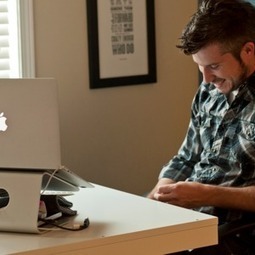 Thank you Tom! He mentions he doesn’t build themes because that is more to do with the layout of the site. Functionality, the software part of your website is something that users will often pick and choose regardless of the theme.

I’ve written a few plugins for jQuery and WordPress over the past few years, but mostly for specific projects or my own personal use. The first time I released a plugin (Hashgrid for WordPress) for…

As Morgan states, don’t go with free hosting plans in case you lose all your hard work. He’s learned from experience the value of legacy code storage and peer support in places like GitHub.

If coding is not your thing, take a look at the approaches mentioned by Morgan and Tom. You’ll realize that to undertake such a project means you need to start defining exactly what you want your site functionality to do. If you can define your problem, you’ve completed the biggest communication hurdle between coder and procuring an interactive WordPress website.

This is something I personally would love to learn more about, but never have the time code myself. I could potentially be a client of a WordPress Developer. If you can send over tips on what would make me a better client, please do hit me up with Google Plus comments and suggestions for our audience to learn from.

That’s right. Finished. Over. End of Life. Move over Web 2.0; the next phase in the web, Web 3.0, the new “Semantic Web or the Intelligent Web” is here. Or is it? There is definitely a lot of blogging and articles being written on the subject. Articles about the Semantic Web, a term coined by Tim Berners-Lee (the man who invented the first World Wide Web), as being the next evolution, promising a more organized, easier to use, intelligently searchable web are popping up everywhere.

So is this the way to be able to take on Google – “Is Semantic Technology the Anwser?”. Companies like Microsoft and others are suggesting it is.  Even Scobeleizer has admitted that “I finally get “semantic” Web“. He does admit that attempts to read the various hypothesis were of no real help. It took someone like Nova Spivack of Radar Networks to demonstrate it is even possible. While taking a trip into the stratosphere in a MiG-25, Spivack was told when asking about the eject button:

Don’t worry about eet. At the speed you will be going, even if you could eject, first your body would explode into vapor, then the vapor would freeze into ice crystals, and then the crystals would burn up on reentry.

This is a great analogy for what he is attempting to do; break down and re-organize the cloud that is the Internet today.  He is trying to build a web that thinks the way people do, to get computers to understand and be able to differentiate between the nuances and relationships in information they encounter on the web. Hakia, has launched its meaning-based Semantic search engine, and is quickly gaining new believers. Another talked about company in this emerging new technology is San Francisco-based PowerSet; while they are yet to launch publicly, they have begun “invite-only beta testing.” However, it is Nova Spivack and Radar Networks, backed by no less than Paul Allen (as recommended by his favourite turtleneck), who is leading the way.

Couple this with the fact that, while Google is looking at the technologies, it is becoming increasingly pre-occupied by other interests outside of search. “That leaves an opening for upstarts – if they can provide users with a good enough reason to switch from Google’s powerful simplicity, said Greg Sterling of Sterling Market Intelligence. “These engines need to create incentives to change and reward people for their behavioral change,” he said. “If (semantic search engines) deliver, people will likely respond.” So there you have it. Web 2.0 is dead. Just not yet.