A year ago, Twitter started clamping down on moving avatars for profile images. Facebook at around the same time in their usual round of updates, also removed the access-ability of  moving GIFs in the newsfeed.

For a quick explanation, even though this is old news, this might explain to those who notice that there are some moving profiles on Twitter; 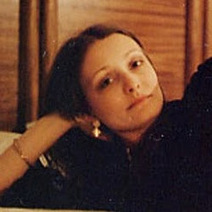 Twitter has put its foot down and is not letting users upload animated GIFs as their profile picture from here on in.

So in case you’re wondering why there are no more dancing cats on Twitter, now I’ve found an even better reason for you to close your account.
While images on Facebook and Twitter remain static, Google+ now allows users to upload animated GIFs as their profile picture giving the social network one up on its rivals.

Matt Steiner – Google+ You can now use an animated gif for your profile photo!

You can now use an animated GIF for your profile photo!  It will animate on the profile page on both desktop and mobile like newspapers in Harry Potter.

Nice to see that Google have really embraced the animated gif where others have shied away.  Sad was the day when Outlook no longer supported animated GIF emails.  Office e-mail hasn’t been as fun since, however you can now see animated GIFs in docs emails.

GIFs are so last year.
Try Cinemagraphs instead 😉 I only see her hair moving…

That’s the beauty of it. Subtle and decent quality, unlike GIFs. There’s been a little talk as to whether Google+ will offer support for animated PNG since they offer more quality than the standard 256 web colors in GIF files. However, I think this is an unlikely move, simply because enabling the moving picture feature has already alerted the grumblings of various people who would rather be able to turn the feature off and save cache and download time. This feature is only available on the Opera browser, there are various Chrome Browser plugins that block GIFs, but not where Google+ actually enables it.
Leave a comment here and point me back to your Google Plus profile if you have made use of animated GIFs – Juliana