I love how things develop. 2 years ago ‘agile’ for me was a description of an animal like a Gazelle and up to 1 year ago, ‘hacking’ had negative associations like thieves breaking into my computer… However, learnings from the ‘geeky’ world of developers are now being applied to pretty much anything! The internet is full of ‘hacking problems’ yet hacking is now a form of reverse engineering, in order to make things better, it’s likely to become part of most product and even service development tactics.

Why you should become ITIL Certified

Why you should become ITIL Certified? Becoming ITIL Certified will make yourself  a Valuable Resource To gain First Class IT Service Management Skills…

Vishnal goes on to conclude that ITIL Certification can help an individual understand the concepts and processes of Information Technology. You may well be a very good Systems Administrator, but having ITIL certification gives others the confidence that your thinking is inline with the overall companies goals and developments. It also gives you a wider perspective of development concepts.

Software development methods seem to change more often than the seasons, and just when information development professionals are familiar with one approach a new one comes along. One method that has received wide acceptance and seems to have some staying power, however, is the Agile software development method. In todays high speed interactive consumption of software through the internet, the gaming industry has set the precedent with Agile development techniques. 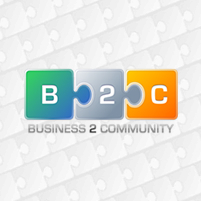 The times when Six Sigma started… Six Sigma was evolved at the time of an economic boom. It was mid-1980’s and the competition had just started to become stiffer.

Six sigma was an iterative concept to define and supply the needs of the customer in a broken economy. Back then the customer requirements were hazy, now with the evolution and access to big data, the processes are the same but have evolved with “Agile” acceleration and more specific developer tools for every niche including software development. This leaves the Six Sigma rule a less popularly thrown around management and process term, and yet the concept is still there across every industry including web hosting.

Web hosting has developed to accommodate the needs of the consumer who want more access, more data storage, at higher speeds and more efficient cost. Out of technology to satisfy that demand we now have cloud hosting and a whole plethora of various features to satisfy different business needs with renting their space on the internet. Six Sigma is definately not fading, perhaps just the terminology.
by – Juliana

At Superb, we have a staff that is certified in ITIL.

Just hold on, hold on, whoever you are. Let me get through the introduction. ITIL stands for Information Technology Infrastructure Library http://www.itil-officialsite.com/WhatisITIL.aspx. It’s used by organizations as large and different as NASA and Disney. Providers who help implement accreditation and consulting for ITIL include IBM and Hewlett Packard.

Sir, please, no heckling. All right, let’s get to it. The man we’ve all been waiting for – well, not really a man, or a woman, but a thing – the Information Technology Infrastructure Library in all its glory. This is gonna be fun.

“Hey, hey you, with the book-smarts and the highfalutin ideas. You ain’t from around here, are ya? I can tell by all the words and pages and … dag-nabbit, that’s a Europe accent ain’t it? Ooh-ee, I was wondering what was smellin’ so bad around here.”

Calm down sir, and behave yourself. Yes, it’s true: ITIL originated in the United Kingdom. The Central Computer Telecommunications Agency (CCTA), a department of the UK government, came up with a set of standards in the 1980s. These standards were not considered a set of rules but recommendations.

The original reasoning behind ITIL, then, was to offer companies a way to be held accountable and to help improvement IT management for the benefit of businesses, partners, and clients. It offered a freely given set of best management practices for IT so that those practices weren’t just growing independently within private businesses – a central knowledge base and certification process seemed desirable. The end goal was that service was improved as the IT management system was improved.

“Ohhh … I get it. Some kind of government takeover of our minds. I knew it! I knew it! Anytime I see a bunch of capital letters in a row, I go get ready for a shotgun wedding, because I know there are some squirrely men in town.”

Now that’s just not fair, sir. The IT Infrastructure Library was initially issued as a series of books. Each one focused on a different “best practice” area. The basis of the books may have been W. Edwards Deming (no, not the inventor of the modern toilet brush – that’s William C. Schopp … completely different names really), whose plan-do-check-act cycle is a version of organizational modeling for businesses – or any organization or person, really – to use to optimize their systems (discussed below).

ITIL Version 3, released in 2011, is now the standard for any type of ITIL accreditation. ITIL covers a broad range of IT topics, but generally speaking, the service-oriented knowledge is what’s of most interest to businesses, as opposed to application and management focused materials that have also been developed within the ITIL model.

It’s also important to note that ITIL itself does not give out accreditations. All it is is a government-developed system of recommendations that you can either follow or not – up to you. You can, however, become ITIL certified by any of a number of examination organizations that ARE vetted by the HM government via its partner the APM Group.

“HM, as in ‘Her Majesty’?? What, now I’m bowing down to the queen? Can I at least be knighted while I’m on my knees, like Dubya’s dad was?”

Well, uh … you might want to read this article. Also, I don’t think you’re qualified to be knighted, sir, unfortunately, but I’ll see what I can do.

Let’s look briefly at Plan-Do-Check-Act, so we get a sense of the basic philosophy behind ITIL or at least something with a lot of similarities to its theoretical basis, so we know why it’s so damn awesome.

OK, so the Plan-Do-Check-Act (PDCA) cycle is also called the Deming cycle (after Deming, above) or the Shewhart cycle (after Walter Shewhart). It’s a way to model an organization or a piece of an organization that allows for continuous improvement. It consists of course of four steps, but those steps keep continuing, cycling through repeatedly. There’s nothing mandatory about it, it’s just a system you can potentially use if you like.

“Oh, like Driver’s Licenses, I get it. They want my numbers.”

No, it’s nothing like Driver’s Licenses. Come on buddy. With the PDCA cycle model, you do the following:

“Trickery from the state of Mississippi! They all want to build highways to the moon!”

Again sir, you’re making less sense all the time. Remember, this process we’re focusing on is ITIL, which comes out of the UK, not Missisippi. We don’t need your input. I’m not quite sure why you’re a part of the article.

ITIL today – vs. its past broad approach toward service, applications, and management as discussed above – is focused squarely on service and the management of service. ITIL calls itself “practical” and “no-nonsense” – so it’s an organizational IT cycle you can use that has a lot in common with wrinkle-free slacks. ITIL is intended to encompass the way that IT departments and IT professionals go about business.

“Encompass. Sounds like the Eye of Providence on the one-dollar bill to me, staring at me like a cackling witch.”

Uh … no comment. For us at Superb, having an IT staff who knows ITIL parameters means we can know that both our management and support teams are part of a structure that allows our IT services to be truly “Superb.”

Where’d the guy go with his snappy comments?

Oh, well … all right. ITIL is not one-size-fits-all: it’s an adaptable set of principles. You can customize it to your business. So the theory and principles are what’s important within the ITIL perspective. Application of ITIL will always be a little different depending who’s using it and the setting in which it’s used. The core of ITIL, though, is adaptation and improvement as a continuous cycle, as described above.

ITIL addresses the following through its five modules that comprise the ITIL v3 Service Management framework:

“Shhh. You’re scaring away the … whatever kind of fish these are.”

“You and your ‘sanitation.’ I bathe when it rains, as does this pond.”

Here are a few of the positive results that can arise from implementation of ITIL certification:

ITIL is part of a general picture for us at Superb Internet. We have a few other auditing and certification standards that help our business have the kind of credibility we want but that also help us see where we can do a better job. We take these standards very seriously.

ITIL itself has adapted considerably since the 80s (which is a good thing!), but it’s still fundamentally concerned with Planning, Doing, Checking, and Acting. In its own terms, ITIL allows a business to Identify needs; Design, Implement, and Operate potential solutions; Monitor the results; and Improve. All of this is a perpetual cycle, allowing the business to grow stronger for itself and its clients over the long haul.