If you have a spare moment to go through your control panels and check your up-to-date status, here are some recent warnings you might want to check against:

From traxarmstrong.com – End of April 2013 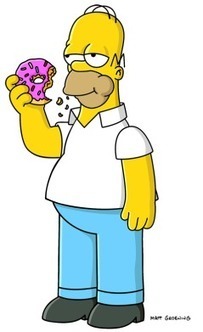 I just shot my blog in the foot, or more accurately, I didn’t follow IT 101 and back things up before making a change. I had moved my site to be completely WordPress based a while ago…

Rob Weaver goes on to explain his own experience of how he came about relying on a faultless Plesk Auto-installation. And while I couldn’t help but chuckle, I’ve also been there. He’s currently rebuilding his site from a lucky idea of downloading the html files generated from his WP Cache Plugin.

Not too long ago I made a similar mistake of failing to save website backups… I rebuilt pages from the Google Cache HTML files, and recent pages that were not indexed were (and I’m not sure how lucky this is) rebuilt from scraper site copies. Yes! Those SEO fraudsters and mimics had decided my writing had enough value to be indiscriminately copied! 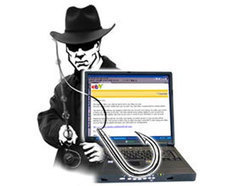 Nearly half of phishing attacks seen during the second half of 2012 involved the use of hacked shared hosting servers, APWG report says.

Mass phishing attacks are also dubbed “whaling”. They tend to rely on auto-installations of PHP databases, where the username or database label is numerically generated – and therefore more predictable for patient hacker attacks.

If you’re on a shared web hosting plan. It might be a good idea every now and again to go into PHPmyAdmin and change password access, or even the database name to make predictability of these combinations less likely.

Snakes can be scary, and pythons are one of the deadliest. This article should help you stay safe when approaching the Python CGI program in your hosting package. The following information should help you keep Python happy and well-fed so you can use it to your advantage – to understand why Python itself is such a popular language, configure it properly, and avoid any potential frustrations. I will also give you advice on how to properly care for your pet python, in case you are on the wrong website.

Care of your python #1: Always make sure that your python has plenty of water. Contrary to popular belief, pythons do not enjoy coffee, unless it has 2% milk and two spoonfuls of sugar. Pythons do not like to have to ask twice to get their coffee just the way they like it. Also, your python likes to dunk a chocolate biscotti into its coffee.

Gnosis Software’s David Mertz, PhD, is a huge fan of Python. Python is free, and it’s sophisticated. According to Mertz, Python “combines a clear language with powerful (but optional) object-oriented semantics.” Python beats Perl, he says, because it is easier to understand and support. What really sets Python apart, in my analysis of Mertz’s thoughts, is its brevity. Brevity is crucial to coding because it greatly increases efficiency – shortening the distance between a concept and its virtual representation.

Care of your python #2: Never let your python go hungry. Yes, it enjoys chocolate biscotti – but you can’t just feed it that all day. It likes vegetables, especially salads featuring artichoke hearts. Spare yourself the misery of handing your python a carefully prepared salad and hearing it hiss, “Where are the hearts?”

CGI – What’s Not to Love? A Couple Things.

CGI can bog down a server. For this reason, it has often been badmouthed. CGI, however, should not be counted out: it’s a fast tool for developers (at the level of the actual construction of the code) and portability of script between servers. However, note two downsides and how they can be overcome:

You should be able to move CGI from one server to another without too much difficulty. However, when you are developing the script, it is wise to pay attention to any requirements you’re making related to configuration.  Take a dynamic approach rather than an absolute one. It’s a similar attitude to the trend toward responsive design: the less you are dependent on one particular environment, the less “tied” you are to that type of server. You don’t want a certain server or OS to have a stranglehold on your network. Dynamic paths will allow your script to be more adaptive: wherever it is, it’s always easy to move.

Speed can become a problem with CGI. That’s a fair complaint, but there are simple solutions out there to expedite the processing time. FastCGI is a simple solution to speed things up. You can look for other alternatives as well – there are plenty out there. You can even write your own with the CGIHTTPServer module within Python. Don’t get into the speed-up software unless it’s needed. It does complicate the process, but sometimes it’s desirable. It’s good to know it’s there if you need it.

Care of your python #3: OK, so your python has food and beverages now. You know what it also likes? Shoulder massages. Did you know that pythons have shoulders? Well, that’s just the thing – they don’t. Nonetheless, your python will never be happy unless you locate its shoulders and massage them. Good luck.

Let’s look at basic configuration of Python for a number of different servers. We will start with Apache.

Let’s look at a few different ways to configure an Apache server.

ScriptAlias can be used to designate a directory so that Apache knows all of its files are CGI scripts. According to w3resource, your line will look something like this within the httpd.conf file:

If you want your CGI files within Apache’s default directory, search that file for ScriptAlias and remove the number at the beginning of each line.

Using something other than a default directory to run CGI scripts involves the following:

The following code will allow you to access CGI from a user’s directory. It tells the server that anything that has a .cgi extension should run as CGI:

You can also use the .htaccess file for CGI scripts if you would like. The following snippet will work for that:

To let the system know you want any of the files within any directory to run as CGI scripts, use the below:

Care of your python #4: One thing pythons don’t often talk about in public is their almost fetishistic obsession with international news, finance, and style. You can’t often find a python who isn’t reading deeply into her newspaper of choice. Frequently, said python will be staring intently at a picture of a model, wondering what she has that the python doesn’t. Moral of the story: Get your python news-media, and get it frequently.

You will need to have a Python interpreter installed on your Windows system in order for the below to work. The following details are specific to Windows 7 but should be similar on other Microsoft systems.

Within the Taskbar, go to Control Panel > Programs > Turn Windows features on or off. Note that there is often a delay at this point. Once the window opens, look for Internet Information Services > Application Development Features > CGI. Check the CGI box, and then click OK. Again, it will take a moment for the installation to complete.

Go to the Start menu, and run “inetmgr.” Within that window, look at the panel on the left. Right-click Default Web Site, and left-click Add Application. Click ‘OK’ and wait till the features are installed. Under Alias, type a name (such as MyPetPython). Under Physical Path, direct the server to wherever it is that Python is located. Click OK.

Care of your python #5: Many people are overprotective of their pythons. They keep the python under lock and key, never allowing it to come out and interact with the larger world. Pythons love playing cards, shopping for accessories and unmentionables, knocking on doors in support of libertarian political efforts, and generally being involved in the big picture. Don’t try to stop a python from giving its part to society and engaging in the larger human/snake effort.

To run CGI on Lighttpd by default, the following code should be used:

This snippet is what you should use if you want to run CGI in the directory of a user:

Care of your python #6: Sending a python to extended education or to make its way abroad is difficult for us as guardians. We want the python to stay here with us, help us in our old age, and take over the family business. We want to be near the python as it dotes over its grandchildren and perhaps eats them. We don’t want it to go away to technical school to learn how to make it in the shipping and packing industry or to move to France and become part of an international organic farming and artistic compound. Again, though, don’t be overprotective. You must let the python roam free.

Nginx, unlike all those servers listed above, will not execute a program such as CGI without an intermediary. Python instead must be run on an nginx machine via uWSGI or FCGI. Here is information on the latter.

Care of your python #7: Your python, bottom line, wants to know at all times that you love it and will never needlessly allow it to suffer. When your python gets out its guitar and starts to play its songs about what’s wrong with society, nod and smile only to let it know that you appreciate the effort. Don’t allow the python to think the music is enjoyable unless it really is. The python needs to learn what its skills are, not just be told it’s great at stuff. Some people aren’t Bob Dylan, and I don’t know of one snake that is.

Hopefully that gives you a sense of why Python CGI is so widely used. You should be able to configure it on your server, provided you have one of the ones listed above (otherwise, consult the documentation for your particular server). You should also be able to create scripts that are easier to port to another server when needed and speed up the server when it becomes excessively slow. Finally, you should now have a sense of how to properly care for your pet python. Did you know it also eats mice? Not cool, I know. Don’t judge it though. That’s point #8.