If you’re new to bringing your business idea online, then you have probably decided that Social Media is your first port of call. After all, it represents no initial outlay. However, as you develop your brand and business model, you’ll adjust your targeting with a bit more finesse and realize you need more control of your landing page or website.

Here’s a few of the recent newspoints I collected over the last week to help you define and structure your business model utilizing the Social Networks.

How to Link to Your Website on Social Media Websites

How and from where to link to your website on verious social media websites. Syed speaks from a traffic driving perspective, and where to claim your vanity URLs to increase your personal brand footprint.

There are those who don’t even own a website, and manage their business purely on the social networks there are some limitations. Pay attention to some of Syed’s comments here as he is honest about these limitations.

What is Social Media Storytelling? 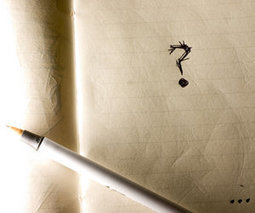 My parents and many of my friends still don’t understand what it is I do every day. They envision me frolicking in the fields of Facebook and Twitter, swapping gossip and sharing funny memes.

If you want your business to appear less spammy as indicated above in one of Syed’s comments, you have to figure out a way of introducing story telling into your social media that will engage your followers. Sometimes just having a website on it’s own seems much easier!

Google officials have downplayed the lukewarm public reception, saying they view Google+ more as an invisible data “backbone” that tracks individual users across its various properties – and less as a consumer internet destination

Read this article! Various free website platforms give you the opportunity to link up to social media log in methods. However Google keeps track of site visitors interests based on the site categories they visit. At some point I’m sure this information may become available to site owners to help them in their demographic analysis and understand who their site visitors are…

Latest advice for website beginners and professionals scooped by Juliana Payson, reach out to her on Google Plus if you have tips you’d like to share via Superb.net END_OF_DOCUMENT_TOKEN_TO_BE_REPLACED

This is a bit of a shocker. Facebook, who has seemingly been in a race to emulate many of Twitter’s features, just announced that it’s launching the ability for Facebook Page admins to simultaneously update both their Page and Twitter.

“If you manage a Facebook Page, you now will be able to decide whether to share updates with their Twitter followers, and you also will be able to control what type of updates to share: status updates, links, photos, notes, events or all of them.

If you have multiple Pages, you will have the option to link each of those Pages to different Twitter accounts. This new feature will only link Facebook Pages to Twitter, not your individual profile. It will soon be available at http://www.facebook.com/twitter”

While that makes a lot of sense from a convenience standpoint – many big time Twitter users also have popular Facebook Pages and vice versa – it’s surprising to see Facebook so openly acknowledge Twitter’s reach. That said, by giving users the ability to update both services via Facebook, they’re clearly hoping that the Facebook Page will become the first stop for admins.

That would mean lots of “via Facebook” messages showing up in tweets, and in fact, it’s not hard to imagine Facebook quickly becoming one of Twitter’s most popular clients. However, I wouldn’t expect this functionality to be extended to user profiles anytime soon, which would clearly be a bigger win for Twitter than Facebook.

There are many things that I find hilarious about social networking websites. From the glamour shot profile pictures that scream desperation and a degraded sense of self-esteem, to the egomaniacal ‘About Me’ sections (nobody cares that your favorite movie is The Notebook, or that your favorite TV show is Grey’s Anatomy and your interests are ‘dancing and hanging out with friends’ – yeah that’s you, every girl on Facebook). These couldn’t be less interesting if they were a Good Housekeeping magazine.

What I find especially hilarious, however, is the seeming feud between the Facebookers and the MySpacers. Between those oh so misunderstood creative types who expose their often mediocre art and wounded souls on their meticulously crafted MySpace page and the university attending, tight jean wearing, ‘please let these brightly colored Ray Bans, curly, unkempt hair and obscure band t-shirt hide the fact that I am incredibly uninteresting, and worse unintelligent’ Facebookers.

Of course, this is a complete generalization as just about everyone and their mama has some kind of social networking account and don’t necessarily fit into these categories, however I believe it is a fairly valid assumption that those on MySpace are slightly more inclined to wear Nightmare Before Christmas merchandise, while those on Facebook can be spotted wearing those horrible Che Guevara shirts…possibly not realizing that he was opposed to monopolies, commodity fetishism, capitalism and the like. So when that shirt is shipped from the low paid laborers who stitched it, straight to your local ‘cool’ shirt store to be marked up and sold, you kids can be sure that you are helping his cause.

These days, a Facebook or a MySpace is an integral part of youth socialization. These web landscapes spawn, solidify and enhance relationships. As a matter of fact, many people check their pages almost religiously, keeping up to date on the trivial daily status updates of their 456 friends (only 14 of which are actually communicated with). It is strange to think that in Japan, this landscape is totally different. The Japanese aren’t as keen on the Facebook or the MySpace, as they are all wrapped up in a networking site called Mixi. So what does Mixi have that Facebook doesn’t? What exactly is it offering that is drawing Japanese youth to them?

There is an interesting article in TechCrunch which describes some possible reasons why Japanese culture isn’t quite as down with the layout and nature of Facebook and MySpace as we are. It outlines how different our cultures in the sense that the Japanese place an immense importance on the community, as opposed to the individual, so Facebook’s emphasis on using real names and photos might not appeal to a Japanese audience,

A perfect example of a cultural misconception: Mark Zuckerberg

recently said in Tokyo one of Facebook’s unique selling points is the usage of real names and photos in profiles. This may be true but it’s exactly what Japanese web users usually try to avoid. And they already have a high-trust, invitation-based social network anyway: Mixi.

This article is a cool read and definitely one of those platform articles that get you looking up a bunch of other related stories. Which I dig. So check it out!

I never really thought I would be coming up with a completely original idea when I started writing this post, but to see a near-identical article posted on the famed Valleywag site just yesterday (when the idea for the post actually planted its seed) was a bit deflating. However, having read that article, I will chalk it up the same way writer Owen Thomas did when pointing to articles by Bernhard Warner and Kara Swisher: Great minds think alike. With the recent revelation that eBay paid too much for Skype (only by $1 billion dollars or so, by their estimates), it may cast a shadow of doubt on recent valutations of social networking site Facebook hovering around $10 billion. While there are arguments that the purchase of Skype may have been more profitable or advantageous for a company other than eBay, it’s difficult to make a similar argument with Facebook. Comparing it to other recent, similar acquisitions (YouTube and MySpace come to mind), the price seems significantly inflated. The MySpace team may have sold early, but could the price somewhere around 20 times the amount News Corp paid for MySpace and 10 times the amount Google paid for YouTube be realistic? Facebook has some legal issues that still need to be resolved and the site only seems to generate around $30 million in profit on $150 million in revenues (see Kara Swisher’s article).

I hope the best for the site and will follow the rumours of it’s inevitable sale, whether it is for a piece or the whole site. Hopefully this doesn’t become the next Skype, or worse, the next GeoCities.

Ok so you have been main-lining Facebook for months, maybe years. You have spent a significant portion of your life glued to your computer connecting with “friends.” You are becoming a Facebook shut-in.

I recently met a young lady on a plane flying back from a social marketing conference in Las Vegas, who stated, “I spend approximately 80 – 100 hours a month on FaceBook; time I could have been working for and billing clients. I put the cost somewhere around $5000 per month.”

Right, hundreds of hours wasted! Time better spent on many other more productive undertakings. Time you could have spent outdoors, taking up a new/old sport, reading a good book, volunteering for a worthy charity or actually spending time with “friends.” BUT you are hooked. You have become obsessed with getting to your computer, logging in and FaceBook’ing away your life. You are, admit it, a Facebook junkie – you are hooked! Your life has revolved around checking, updating or reading the latest update from your “friends” however the time has come to reassess your life. It is time to kick the habit. You need an “Facebook Intervention”, especially now that his loftiness, Steve Balmer, head honcho over at Microsoft (not to be confused with the other Steve who actually does know what he is talking about), has pronounced, “FaceBook may be a fad.”

Still, even if he is not right, perhaps it is time to re-think all this time being spent on a “fad.” So how does one kick the habit. Perhaps you do not need to go cold turkey. Or maybe you just need a “patch”; you simply need to prioritize your life a bit better. Think about what you really “need” from Facebook and go from there. Oh yes, and setting some defined time limits helps. Start with an hour a day and see if you can slowly cut back. You will find you do not need more when you really think about what you need vs what you thought you needed.

In the end if you can not control your urge to go back to main-lining FaceBook, if you are still wasting more time reaching out to “friends” than being with your friends, then maybe it is time to quit cold turkey. Delete your account and everything related to it (photos, groups, comments, friends, everything!).

Now go out and get a life!

P.S. Just don’t bother me while you are at it. I need to go update my Facebook album and see who has added me to their friends.