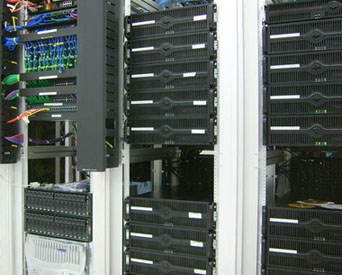 One of the types of hosting we offer is the virtualized private server, or VPS. This three-part series will look at how two different virtualization systems, OpenVZ and Xen, compare. Note that we use OpenVZ for a number of different reasons, which we will cover briefly in the conclusion to the series, but our general assessment will look at the two platforms from various angles.

We will draw primarily from discussion by Scott Yang of HostingFu, VPS6.net via HostingDiscussion.com, and Steven from The Linux Fix. Citing general advice sources will allow us to talk openly about the subject so you can determine what virtual environment makes the most sense for you.

Shoelaces and Velcro create a similar conundrum for business people, so I’ll also cover that debate. Shoelaces, as we all know, are a terrible idea. They are constantly coming untied. Tying your shoe involves making these two loops and twisting them around each other, whether they want to be twisted or not. It’s aggressive, forceful, and complicated – very similar to punk square dancing. Velcro, though, is seen by many key influencers as a more efficient and sophisticated way to tighten your shoes.

How a VPS Works

A virtual private server (VPS) is a piece of a server that is acting independently from other pieces of the same server. It is essentially a way to strike a balance between shared hosting (a bunch of different sites on the same server) and dedicated hosting (only one site, but all the equipment and maintenance costs are incurred by that individual site as well). VPS clients are typically businesses moving away from shared hosting but not yet ready to make the full leap to their own individual server.

Two other factors that tend to separate virtualized environments from shared hosting environments are as follows:

Scott Yang notes several difference between the two typical VPS platforms. Here is a basic rundown of each in a nutshell:

Xen – A para-virtualization system, widely accepted as stable and secure, that behaves in much the same way as a dedicated server. It gives you an independent Linux kernel, and you are able to install kernel modules as needed. Everything is virtualized, from the scheduler (the application that handles batch processing of background programs) to the I/O (input/output with external devices) to the memory (responsible for the VPS’s level of RAM).

OpenVZ – A virtualization platform that operates at the level of the OS. Yang describes OpenVZ as “simple to understand, has lower overhead, which usually translates to better performance.” Essentially, this option is significantly lighter than Xen, so the draw on resources is much less substantial. Performance remains consistently high when resource allocation is not rendered difficult by complicated programs.

We will continue with our discussion of these two virtualization options in a moment. First, though, let’s get back to shoelaces and Velcro. One of the primary advantages of Velcro is how intriguing it is to those around you. For example, any of the single men out there should try walking into an upscale bowling alley; kneeling; and undoing and redoing shoe Velcro three times fast. Look around, and all the women in the house will be agape: unable to speak, driven into shock by your fascinating footwear.

As Yang points out, Xen and OpenVZ differ with regards to memory and performance. Here is how:

OpenVZ – There is one issue with this type of virtualization regarding memory. The system bases its management of RAM off of allocation rather than usage. Any software that sets aside a chunk of memory for its own purposes is not typically taking up that much memory, but OpenVZ assumes the worst. Yang suggests correcting this issue within applications by “tweaking… bootstrapping parameters.”

All in all, Yang appreciates the simplicity of the OpenVZ platform. In contrast to a dedicated server or to Xen, cached and buffered data isn’t included in your memory figures. Resources remain available, and performance is enhanced.

Xen – This VPS reserves a portion of the overall server’s memory for each VPS instance. It bases memory specifically on usage. The strongest selling point for Xen is its swap space. Less frequently used items in your memory will be set aside to make room for any spikes experienced by particular applications.

However, the problem with swapping is that it is terrible for performance. Additionally, the independent kernel, along with the cache and buffer, can consume huge amounts of the memory.

Before concluding, let’s look back again quickly at Velcro versus shoelaces. Shoelaces can break, ruining your evening. Velcro cannot break. In fact, never shout in a crowded movie theater that your Velcro has just broken. You will be immediately escorted to a boat and deported to North Korea to live with the unicorns (happened to my uncle).

That’s a basic rundown of Scott Yang’s perspective. We will look into additional perspectives in the next two segments of this series.

Of course, one of the most important aspects of virtualized private servers is the hosting company that supports them. Superb Internet offers VPS hosting with 30-minute support ticket response time and 100% uptime guaranteed.